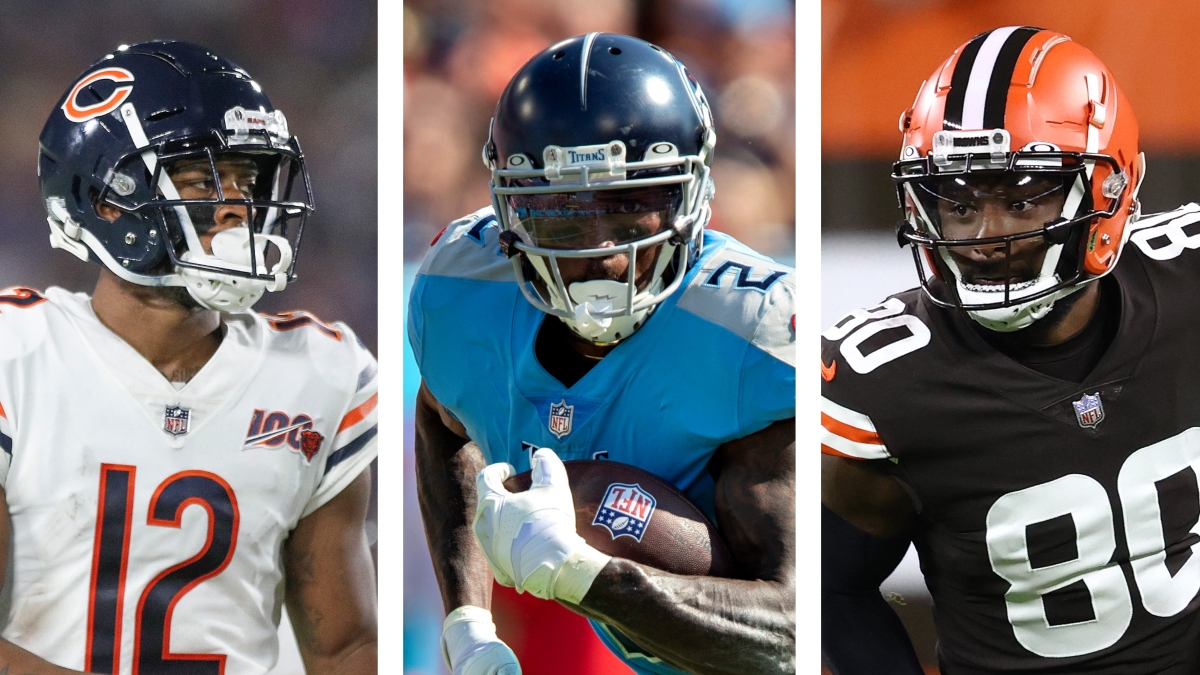 Do you want personalized advice on programming? Do you have questions about starting / seating? Do you want me to settle the league’s risky disputes? Email [email protected] with your questions each week to be featured in this article and on Action’s Fantasy Flex podcast every Thursday hosted by yours truly.

To inform : It must be Herbert to me.

Herbert saw 18 of the running back’s 21 for 100 yards last week against the NFL’s best running defense while Williams saw just three carries for five yards. Herbert was also more involved in the passing game and caught 5 of 5 targets for 33 yards while Williams caught a target for three yards.

Herbert is game-proof and doesn’t seem embarrassed that the Bears have only scored three points overall in that game.

Herbert has done enough to establish himself a bit of a role in this offense, even once Montgomery returns – or at least enough to make Montgomery managers nervous – so Herbert is definitely worth hanging on to, even. once the backfield is at full power.

@ Joepeeps17 writes, “Who do I start this week?” [Ryan] Tannehill or Daniel Jones.

To inform : It’s really close but I’d rather lean Jones.

The two have solid clashes this week, but Jones’s is superior. The Chiefs’ defense looked appalling, surrendering the seventh most passing yards and second most fantasy points to opposing quarterbacks. Jones is my best streamer of the week and should have a good advantage, especially given his rush and if he recovers some of his injuries.

Tannehill had his best game of the season against the Colts in Week 3 and scored 23 fantastic points. It was actually the only game he had multiple touchdowns in, and he did so without Julio Jones and AJ Brown.

Still, I like the game’s script in Giants-Chiefs more, but both should be off to a good start this week.

What to do with Deshaun Watson

To inform : First off, congratulations on having sort of four good quarterbacks on your list. I’m going to assume this is a two-quarterback league, as the four QB roster would otherwise be unwieldy.

Stafford and Burrow are stallions and are expected to be QB1 for the remainder of the season. The two also have good clashes this week against the Texans and Jets, respectively.

As for your other two quarterbacks, if you need the space, I would advise you ditch Watson. I’ll start by saying that my sweet Law and Order: SVU addiction is the extent of my legal prowess, so take it all with a grain of salt, but I don’t see Watson playing this season. And even if he does, there’s absolutely no guarantee that he would be better than Stafford or Burrow – especially if Watson is traded to the Dolphins, who don’t exactly have an all-star receiving corps.

I would hang on to Wilson just because of the hike. He could return very soon, although there is a risk that if the Seahawks lose this week to the Jaguars, they will lose interest in bringing him back. The Seahawks are 2-5 and sit last in NFC West; they’re unlikely to run for a playoff berth this season.

My only advice would be that if it looks like Wilson is coming back, you could treat one of your capable three-quarterbacks to start in exchange for a skill position player.

To inform : I give this business a B-minus.

I would probably consider Robinson and Toney a wash at this point, which is quite the indictment against Robinson. Toney honestly has more advantages than Robinson at this point, especially this week against the Chiefs if he’s active for the game.

Therefore, the equation is now distilled as to whether the delta between Harris and Gaskin is worth a Jared Cook, and for me it is not.

Gaskin’s production has been inconsistent, although he should – in theory – benefit from Malcolm Brown going to the casualty reserve this week. However, the team signed Duke Johnson, which signals to me that they are not ready to anoint Gaskin like the baby carrier. I think he will share some of his workload with Salvon Ahmed (and maybe Johnson).

Cook is a wire-gauge waiver tight end that you could probably swap out for a guy like CJ Uzomah or Ricky Seals-Jones (without knowing your league’s depth). The Chargers face the Patriots, who are surrendering the third few fantasy points on the tight ends this year, which makes Cook an unappealing start this week.

Which Jones for week 8?

@ Thumpa78 writes, “Which Jones is the best start to week 8, Julio Jones or Marvin Jones Jr.?

To inform : Assuming this is any type of PPR format (half or full), I will choose Marvin Jones.

Typically I would say start your studs, but it’s a complex situation. Both games are solid: the Jaguars face the Seahawks, who are giving up the sixth-most passing yards this season. And the Titans face the Colts, who grant the eighth most fantasy points to wide receivers.

Titans quarterback Ryan Tannehill threw multiple touchdowns in one game this year, and it was against the Colts. Julio also has more advantages than Marvin, but I think Marvin has more guaranteed targets, albeit in an offense that I trust a lot less than I trust the Titans.

Marvin has at least six catches in three of six games, which is huge for PPR, and he’s coming off his best game of the season catching 100 yards and a touchdown. Julio has a game all year with six targets and the others have been very unimpressive.

The Titans can also rely on running a lot more than the Jaguars and have the third most rushing yards this year. This, coupled with Julio’s health, makes me nervous about throwing him.

I like it as a low buy for the rest of the season, but maybe not this week.

@ urbanser97 writes: â€œJulio [Jones] is available in my league. Worth it to drop [Jarvis] Landry for him? Neither would start now, but throughout the season, who is better?

To inform : I would definitely get Jones back if he’s available on your waiver thread. He’s been a bummer this season and finished well outside of fantasy relevance in four of the five games played this year.

That said, there is a pretty big difference in the type of bust he went through compared to someone like Allen Robinson, who basically gave us no hope. Nothing in the Bears offense is working properly. At least with Jones, you can point out the injury and some of Tannehill’s struggles.

I’m not super high on Landry the rest of the season. The Browns are just too heavy for me to trust any of their receivers right now, especially with Baker Mayfield’s declining health. Landry feels like a low-ceilinged WR4 when Jones could be way more than that if he can regain his health and the Titans offense can kick in.

@jeremykasperson writes: “Please rank these 4 [Milk chocolate, Krackel, Mr. Goodbar, and Semisweet/Special Dark], and by that I mean telling people how superior Mr. Goodbar is.

To inform : I’ll be honest, I had to google what Mr. Goodbar is.

For me it’s Krackel, Mr. Goodbar, then the two plain chocolates (with a slight lean towards dark chocolate versus milk chocolate). I love the texture of Krackel, which is why it is the best for me. It might be a #HalloweenHotTake, but I don’t like chocolate as the main candy character. It’s much better as a secondary character, like in a Reeses or a Snickers.