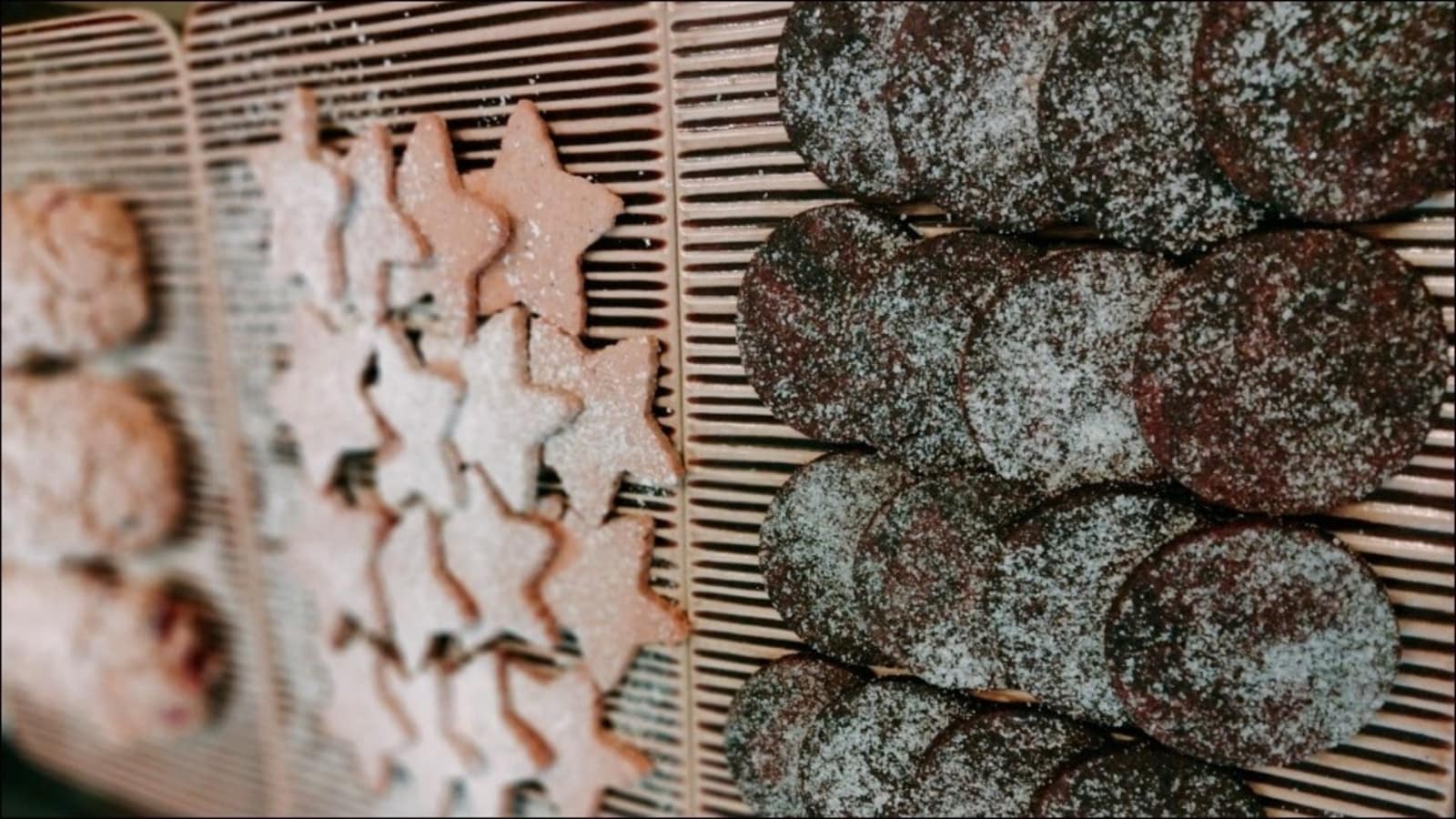 Recipe: Treat yourself to a traditional Swiss delight of Basler Brunsli cookies this Christmas

This Christmas, treat your guests to Basler Brunsli Cookies, which are traditional Swiss soft chocolate and hazelnut cookies with a hint of spice. Check out their mouthwatering recipe inside

Originally from Basel in Switzerland, Basler Brunsli or “Little Brown Cookies” are a staple of the Swiss Christmas table where “brown â€ means brown and “-li” means small and were served in Basel not only at Christmas, but also at parties and weddings. Although they originated in the 1700s, they are quickly making their way around the world and now you can even bake your own batch of Basler Brunsli cookies at home.


This Christmas, treat your guests to Basler Brunsli Cookies, which are traditional Swiss soft chocolate and hazelnut cookies with a hint of spice. Check out their mouthwatering recipe below and thank us later.

Roll out to 10mm and cut in a crescent shape or with any festive cookie cutter. Use a generous amount of powdered sugar while rolling the dough. Bake at 180Âº C. Ideally 12-14 minutes depending on the shape.


This particular cookie is moist and should not be baked until it is completely crisp / crunchy. Cool on wire racks and store in airtight containers. To be consumed ideally within a week.

Cocoa has the ability to stimulate the brain to release endorphins which help elevate mood. Unsweetened cocoa powder is a source of magnesium and other minerals and does not contain the high calorie cocoa butter or sugars found in garden chocolate.

Make Easy Candy For A Festive Treat | To taste