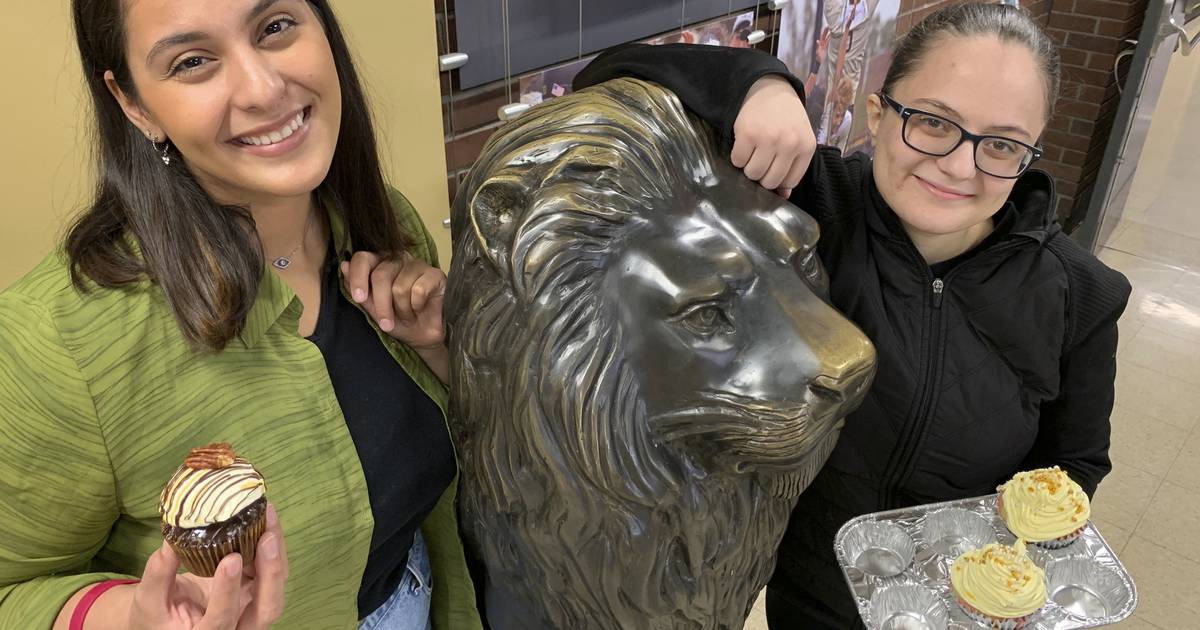 Purdue Northwest Intramurals director Matt Dudzik on the Hammond campus warned me that I was celebrating a shared birthday with him this year during the spring intramural baking contest.

It seems, by Matt’s calculations, that we’ve been partnered for this event for 15 years, marked by last week’s 2022 contest, when I once again accepted my judging duties around the neck. Adding to some confusion is the fact that this year is our 14th annual campus baking contest, as it seems like a year has slipped the kitchen calendar.

This year it was a throwback theme inspired by cupcakes. In 2019, I joined students at Purdue University Northwestern on the Hammond campus in celebrating the 100th anniversary of curly white frosting topped with a plastic-wrapped, commercially successful hostess cupcake. That same year, cupcakes were also the star theme of the baking competition.

In February 2018, Dudzik coordinated a hostess cupcake eating contest that challenged 18 student contestants to eat as many cupcakes as possible in a three-minute eating frenzy. The winner swallowed 15 cupcakes in three minutes. This year, the same gourmet contest welcomed a new winner, beating the old cupcake consumption record. Student James Edinenodoabasi, from Nigeria, ate 19 cupcakes before the bell rang.

In honor of the Hostess Cupcake’s place in baking pop culture, Dudzik once again commissioned a local trophy company to create a special tiered trophy for the intramural competition crowned with three fake Hostess replicas. Cupcake made of sponges perched on a silver platter.

My task of tasting and scoring cupcakes was much less taxing on the tummy, as I only had to taste all three finalist cupcake recipes to declare the winner. In previous years, this contest has featured competitions for making cookies, brownies, pies, and cakes.

Hammond student Nesreen Srour was crowned this year’s winner for her delicious moist chocolate cupcake filled with a pecan and homemade caramel center inspired by chocolate covered Turtles candies, which have always been ranked among the my own mother’s favourites.

“I’m the family’s designated baker, which means I bake cupcakes for everyone on my family’s birthday,” Srour said.

“Last year I wanted to make my grandma a cupcake she would love for her 80th birthday and I searched for the perfect recipe and finally found one that would be a fan favourite. I came across this recipe and I tweaked it a bit to suit his chocolate taste buds which then resulted in this recipe with four different elements which really channels chocolate turtle goodness.And it has now become a family favorite and is requested for everyone’s special day. I hope this recipe will last in our family for years to come.

The first prize in the competition was provided by Molly’s Cupcakes in Chicago at the Lincoln Park site, welcoming the winner and her recipe showcased through their social media channels and an invitation to her and three guests for a private cupcake tasting.

Not far behind in second place is Hammond student Autumn MacCartney, who created a scrumptious Jell-O cupcake recipe inspired by the recipe version of sheet cake her family has been serving for years.

Columnist Philip Potempa has published four cookbooks and is the Marketing Director of Theater at the Center. He can be reached at [email protected] or send your questions to: From the Farm, PO Box 68, San Pierre, Ind. 46374.

1. Heat oven to 350 degrees and line a 12 cup muffin pan with cupcake liners.

3. In another bowl, combine the oil, vanilla, eggs and buttermilk

5. Heat water until hot and steaming

7. Using a cookie scoop, fill the cupcake pans 3/4 full and bake for 18 minutes.

8. Let the cupcakes cool for 10 minutes.

9. To prepare the filling, start by toasting the pecans, lining a baking dish with parchment paper spreading the pecans evenly.

10. Melt 1 tablespoon of butter in the microwave and sprinkle with pecans before toasting in the oven at 350 degrees for 5-6 minutes. Remove from the oven and coarsely chop the pecans and set aside.

11. To make caramel, add the sugar to the bottom of a heavy nonstick saucepan and heat over medium heat, stirring constantly so the sugar doesn’t burn, using a wooden spoon as the best option. Stir until the sugar is melted and turns an amber caramel color.

13. Slowly pour in the heavy cream and stir with the sugar and butter, whisking constantly to allow the caramel to boil for 1 minute, then remove from the heat and stir in the vanilla

14. Transfer the caramel to a container and let cool before stirring in the pecans and pouring the cooled mixture into a Ziplock bag.

15. To make the ganache, in a bowl, combine the chocolate chips and heavy cream and heat in the microwave for 1 minute. Let cool and set aside.

16. To make the frosting, chill the mixing bowl in the freezer for 30 minutes before adding the cream cheese and mixing on medium speed until smooth. Add the powdered sugar and mix on low until combined, then increase the speed to medium-high for 1 minute before adding the vanilla extract, then slowly add the heavy cream.

17. Once all of the heavy cream is added, increase the speed to high and blend until you see the mixture thicken and form. This step should only take 30 seconds to 1 minute. To test, dip the whisk into the frosting, remove it, and flip it over to see if it holds its shape to know it’s ready or needs more mixing.

18. To assemble, core each cupcake using an apple corer or knife.

19. Dip the cupcakes upside down in the chocolate ganache to coat the top.

20. Using the pecan and caramel mixture in a piping bag or Ziplock bag, cut off a corner and fill cupcakes with filling.

21. Using an ice cream scoop or cookie scoop, scoop out the whipped frosting and place it on the cupcake.

Ways to use up your leftover Easter eggs, plus the best way to store chocolate

Check out these 6 diabetic-friendly sweet treats to appease your cravings! –…